Renovation of a pipe bridge
during ongoing use

In the course of the extension of a chemical plant,
additional supply pipes were to be laid over a
length of approx. 300 m on existing pipe bridges,
a mixed construction consisting of prestressed
concrete and reinforced concrete structures.
This was erected in the '50s of the last century
and had already been equipped with additional
pipework over the years to such an extent that
there were no remaining load reserves whatsoever.
Over the years, mining subsidence led to unfore-
seen inclinations of the supports.

Development of a construction which creates
additional load reserves and which is furthermore
able to compensate for the inclination from mining
subsidence taking account of the multitude of
supply pipes running in the subsoil, without major
foundation work. 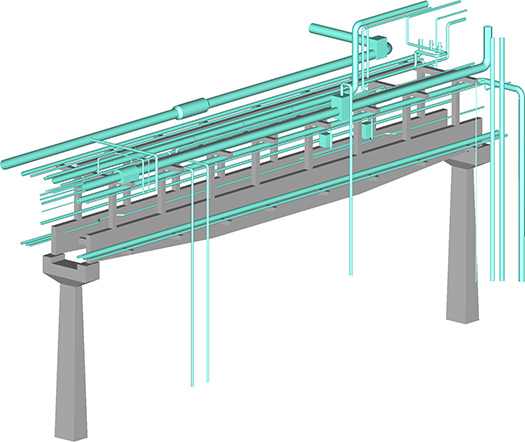 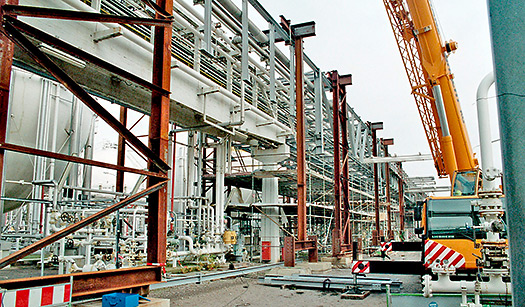 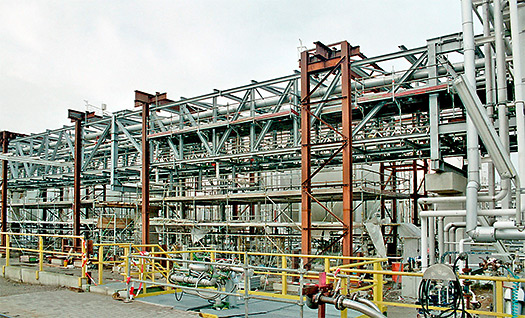 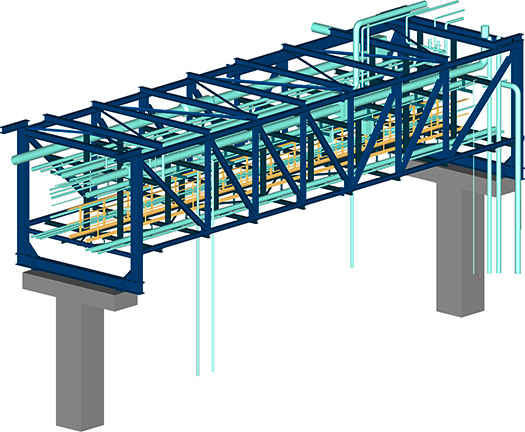 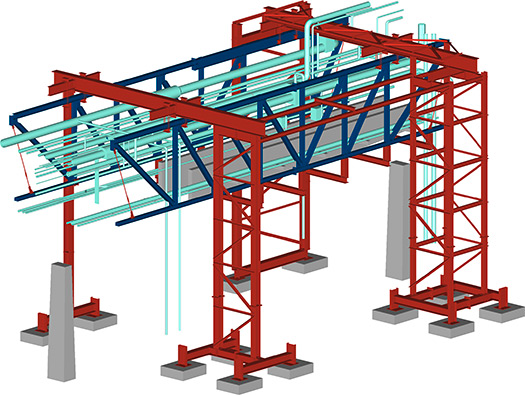 Upgrading of silos and pipe bridges

Planning of the upgrading of aluminium silos and
the pipe bridge mounted on them for increasing
the capacity of a plant by switching from dilute
phase conveying to plug conveying. This led to
significantly more fixed points becoming necessary
and significantly greater fixed point forces having to
be absorbed than envisaged in the original design.
Moreover, it had to be borne in mind that the new
forces act dynamically.

Planning of a chimney for
a dedusting plant

In the case of susceptibility to vibration, other
suitable measures in addition to the Scruton
helix can also reduce the stresses.